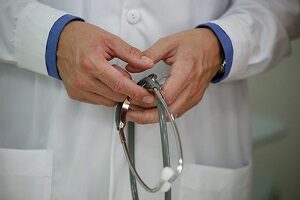 Q- Which one of the following antibiotics has NO effect on anaerobes?

D- Tobramycin- Aminoglycosides need oxygen to work so, they are not effective against anaerobes.

Q- Anemia occurs in cases of multiple myeloma most likely results from which one of the following factors?

A- Defective absorption of urine

B- Infiltration of bone marrow with massive numbers of plasma cells

C- Loss of blood due to gastrointestinal bleeding

B- Infiltration of bone marrow with massive numbers of plasma cells. Renal failure may occur later.

Q- Which one of the following is a fatal complication of multiple long bone fractures in a young age?

B- Fat embolism- It is rare but unpredictable. It can lead to sudden death in a young patient. Thrombosis and its complication are excluded because the patient is young.